and i oop- remember when i said i would update three months ago.

anyway i based this peter off tom holland but made him older obviously, but you can picture whoever you want i guess.

Peter was heading home from his nightly patrol (?) when he heard a woman yell for help, and like something straight out of a cliché comic, he swung frantically to her aid.

The scene was just as cliché as the setting, three large grown men holding either a gun or a knife, backing up a woman into an alley wall. The woman looked wealthy, dressed in diamonds, so it was most likely just a robbery.

She was also holding a baby close to her chest, so Peter had to act quick. He knew these type of men, they'd kill anybody for a dollar.

"Three against one? that doesn't seem fair. How about we even the score a little bit?" Peter of course had to crack a smart ass comment before he swung into action.

The fight went fast and hard ;) - the men were more skilled then he had first thought. He had two down, but it was too late. He heard the bullet before he saw anybody pull a trigger, his spider senses had failed him this time.

The bullet hit the woman in the stomach, and he had felt his own drop. Knocking the last man out (quite aggressively), he rushed to her side.

"Hey, hey, stay with me." He whispered in a rushed manor, attempting to lift her into his arms. "No." the woman whispered back, pushing her crying baby towards him instead. A crying baby covered in her mother's blood, traumatising.

"She doesn't have anybody...please." she cried, silent tears on her cheeks. Peter nodded, his own eyes dampening a bit. He looked down at you and your dying mother, memories of uncle Ben slowly flooding his mind.

He wouldn't let you grow up without anybody, he couldn't.

(realistically he would take you to the authorities but who even cares ?)

You and Peter were hanging out in his room when it happened, he was working on his essay, last minute of course, and you were fine to just play with your avengers action figures - you were especially fond of the iron man one that you put a barbie skirt on.

You had been doing this for over an hour at this point, and Peter was starting to get restless and frustrated like a toddler, but you, an actual toddler, were just chilling.

(i'm writing this and some lady on the tv just said shopping for penis so ?)

A loud huff caught your attention, making you look up just in time to see your dad launch a scrunched up ball of paper into the bin. You pulled a confused look at the back of his head, watching him rub at his eyes tiredly.

Despite being literally seven months old, and not knowing much about anything, you didn't like to see your father upset.

You got up onto your feet fairly easily, only shaking a little. The walk was basically four steps so you had zero to no trouble getting to Peter, your tiny socks muffling any sound you might have made making your way over.

When reaching him you grabbed onto his hoodie for support, startling him, and for someone who can sense danger you'd think that would be impossible.

"Bug? what th-" Peter stumbled, looking down at your wide eyed. That lasted about one second before you were violently (but carefully) scooped up into his arms, and he peppered little butterfly kisses onto your giggling face.

(all of my first step imagines are literally the same. i'm so uncreative)

You were actually almost two before you said your first word, three months off to be exact, and Peter was starting to think you'd never speak.

He, Michelle and Ned were at Mc'Donald's when you did eventually speak, yeah, Mc'Donald's of all the places. Having a day off from college, Peter decided to catch up with his friends, and of course had to bring his baby girl along.

"When is she gonna start talking? it's been years!" Ned exclaimed, breaking up their conversation about Pete's spider-man work (michelle knows at this point).

"She's not even two yet." your dad defended you, wiping a little bit of drool off your face, smiling a smidge when you did.

"I dunno, she should've started already. She might never talk at this point." Michelle smirked, loving the tense look Peter got on his face.

"Whatever." He huffed, picking you up to take you into the park (we're just gonna pretend it's not filthy but we all know it is), ignoring his friends chuckling.

"Go on, go play." Peter put you down, smiling as he watched you 'run' away giggling. You disappeared down the slide, and when you didn't come out two minutes later, your dad started to get worried.

"(your name)?" he called, half crawling up the slide. "'pider" you suddenly screeched, scaring the absolute shit out him. He found you sitting near the top of the slide, holding a baby spider in your hand.

"Pider!" you laughed, showing him the bug in your hand. You laughed even harder, as both you and your dad went speeding down the slide, spider still in hand. Upon exiting Peter whisked you up and excitedly ran to his friends.

"I knew she would talk!" Peter yelled, followed shortly but Ned's screaming when you threw the spider onto his face.

Your nursery was pretty basic, but Peter didn't necessarily have the cash to go all out. Of course Tony offered to help him out in that department, but he was too proud to accept any money. It was mostly neutral colours, with some spider-man decor Ned got, he would say he hated it but everyone knew he was lying. 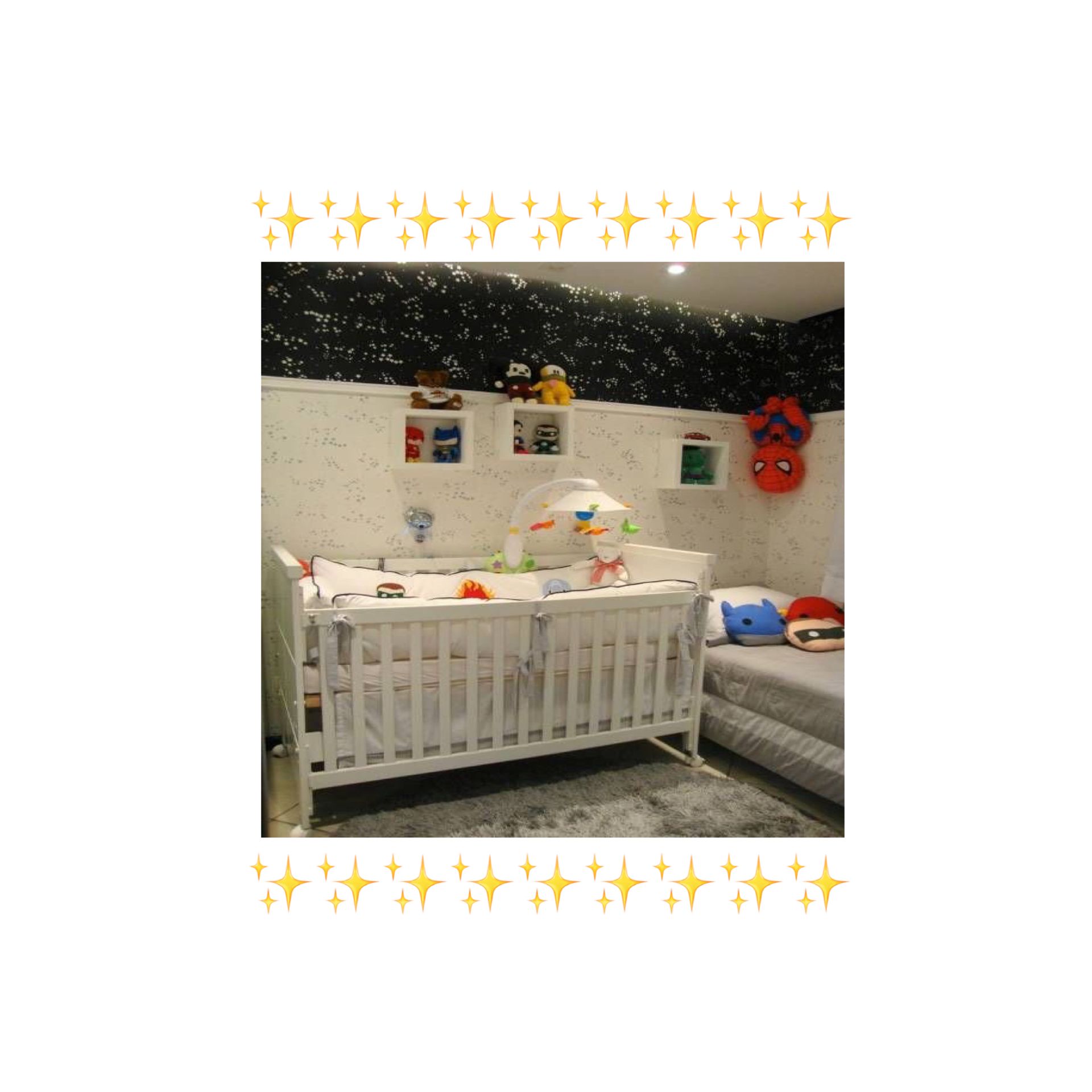 How He Dresses You:

Peter wasn't picky when it came to choosing your clothes, he liked to keep it simple (& cheap). Comedic or cutesy onesies were practically a staple in your little wardrobe, cozy beanies and socks were also something he reached for often. 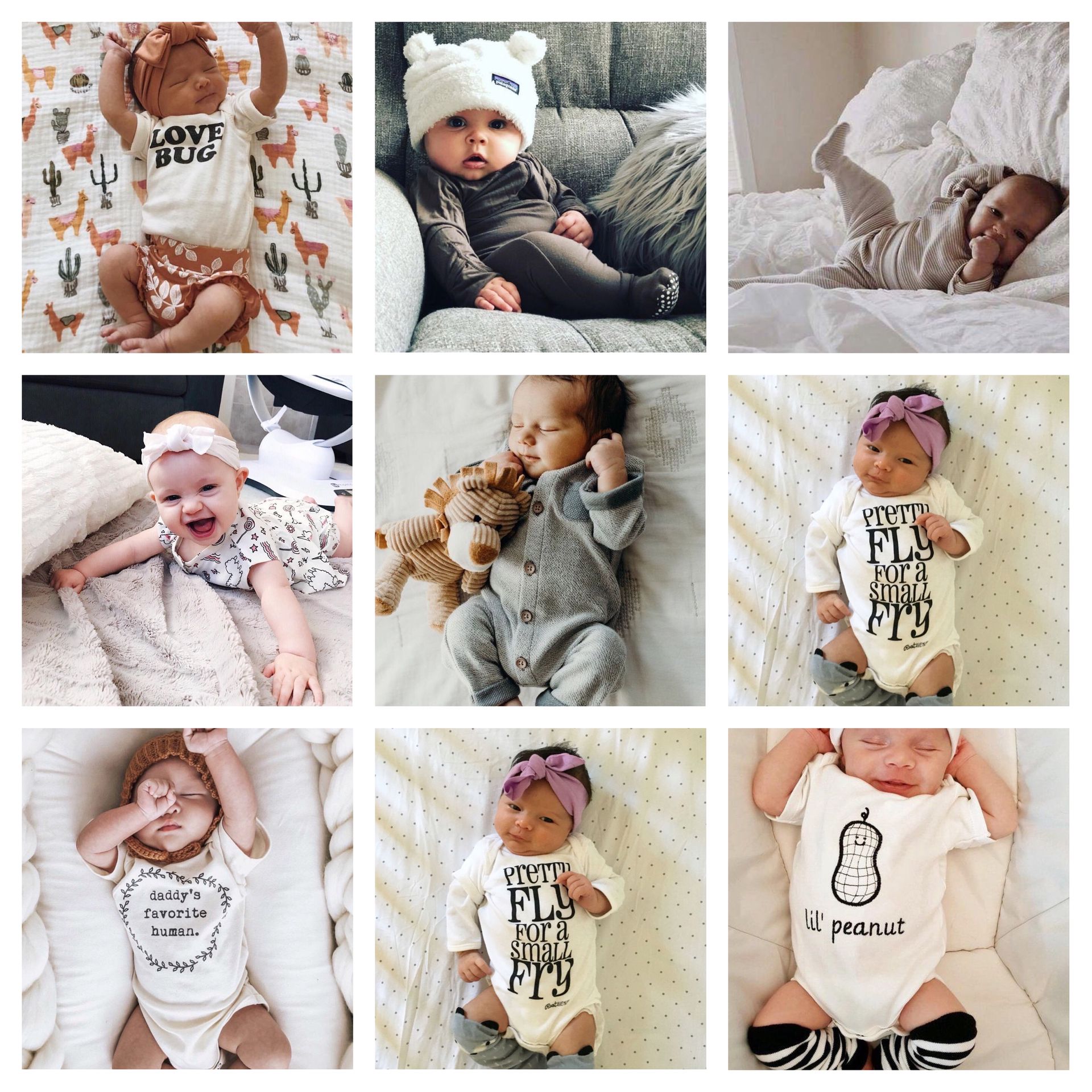 As you aged, Peter started to put a little more effort in (and i mean a little), spending a bit more money on your clothes. He dressed you exactly how you'd think a single dad in his early twenties would dress a kid. You didn't own any other shoes apart from vans, and your closet was filled with baggy tees. You also really loved to wear your dad's hoodies and sweatshirts, despite them being like a robe on you. 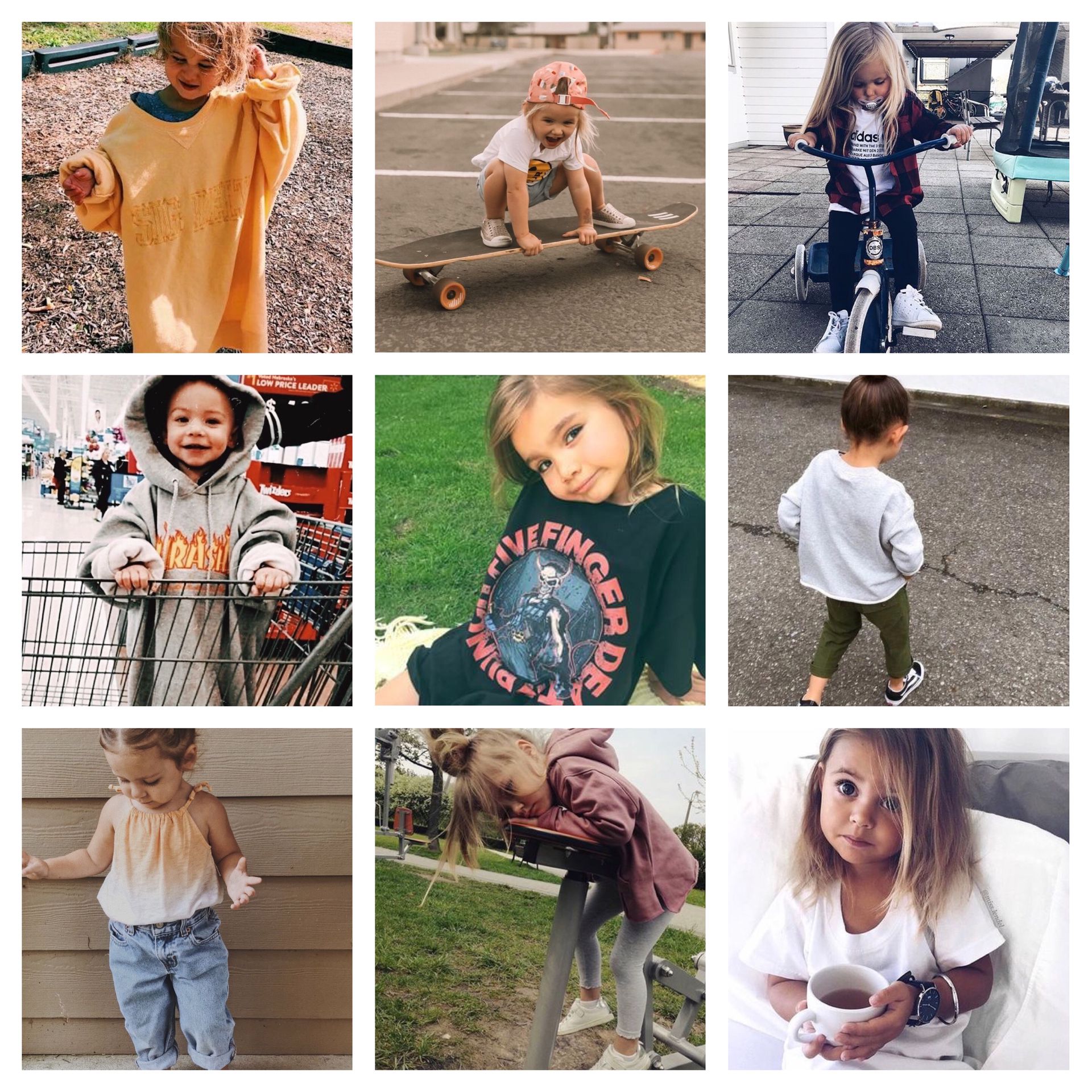 Disney Movie You Watch Together: The Jungle Book (1967)

His favourite picture of you (young):

Peter was a photographer, and you were often the main star of his shoots. But out of the literal thousands of photos he has of you, the one Michelle took of you was definitely his favourite. It was fairly simple, and was taken on his birthday. He was having just a quiet night in with friends, all of them laughing over the new things you started saying. Peter was so in the moment he didn't even notice Michelle take the photo of the two of you goofing off. 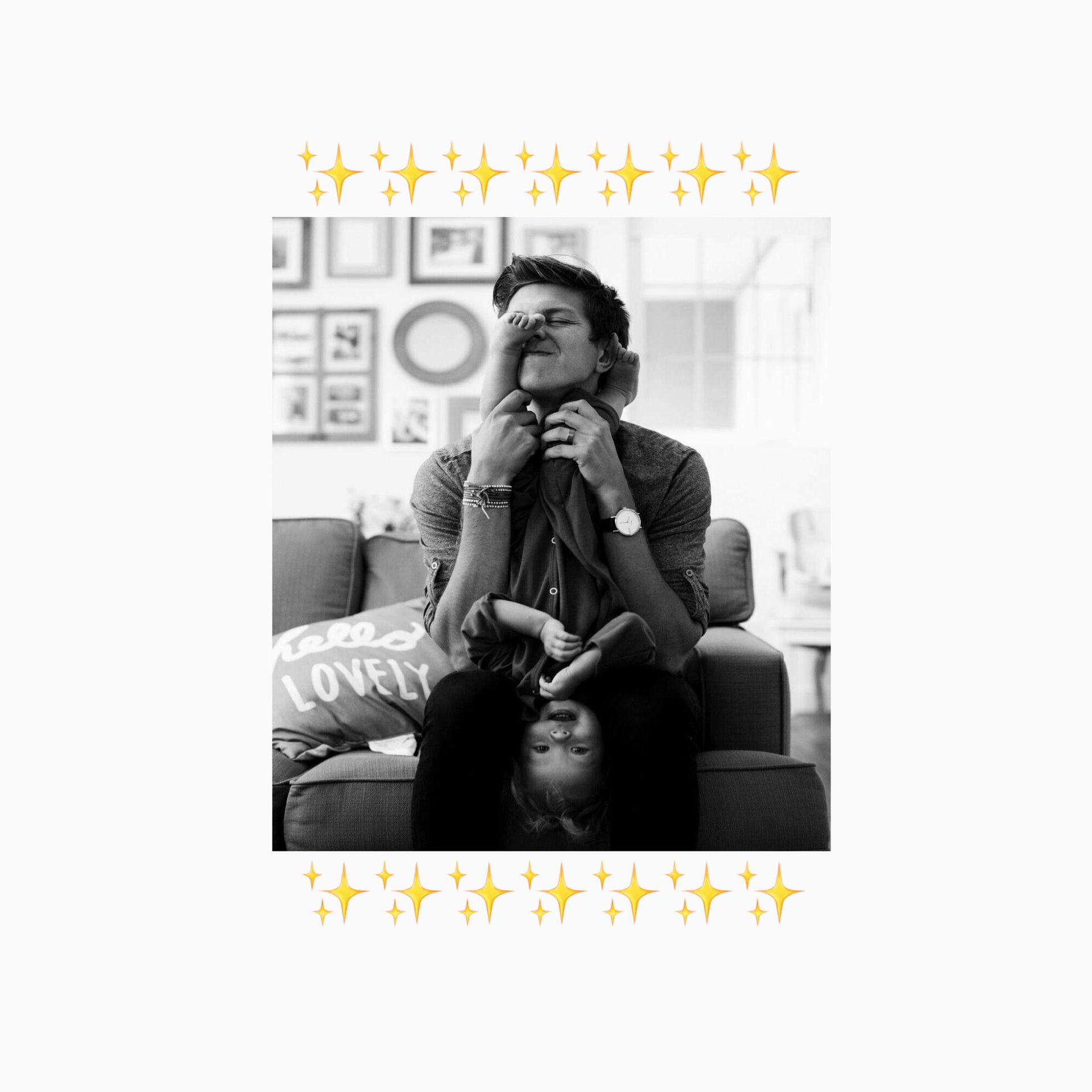 Murphy the boston terrier. You got Murphy when you were ten years old, after begging your dad for a dog for almost a year. You lived in an apartment at the time, so you couldn't get a big great dane like you wanted, but small dogs and cats were allowed. You fell in love instantly when you met him at the dog pound, and as did Peter. Murphy was the name he was already given, and the two of you thought it was best to keep it and not change it. 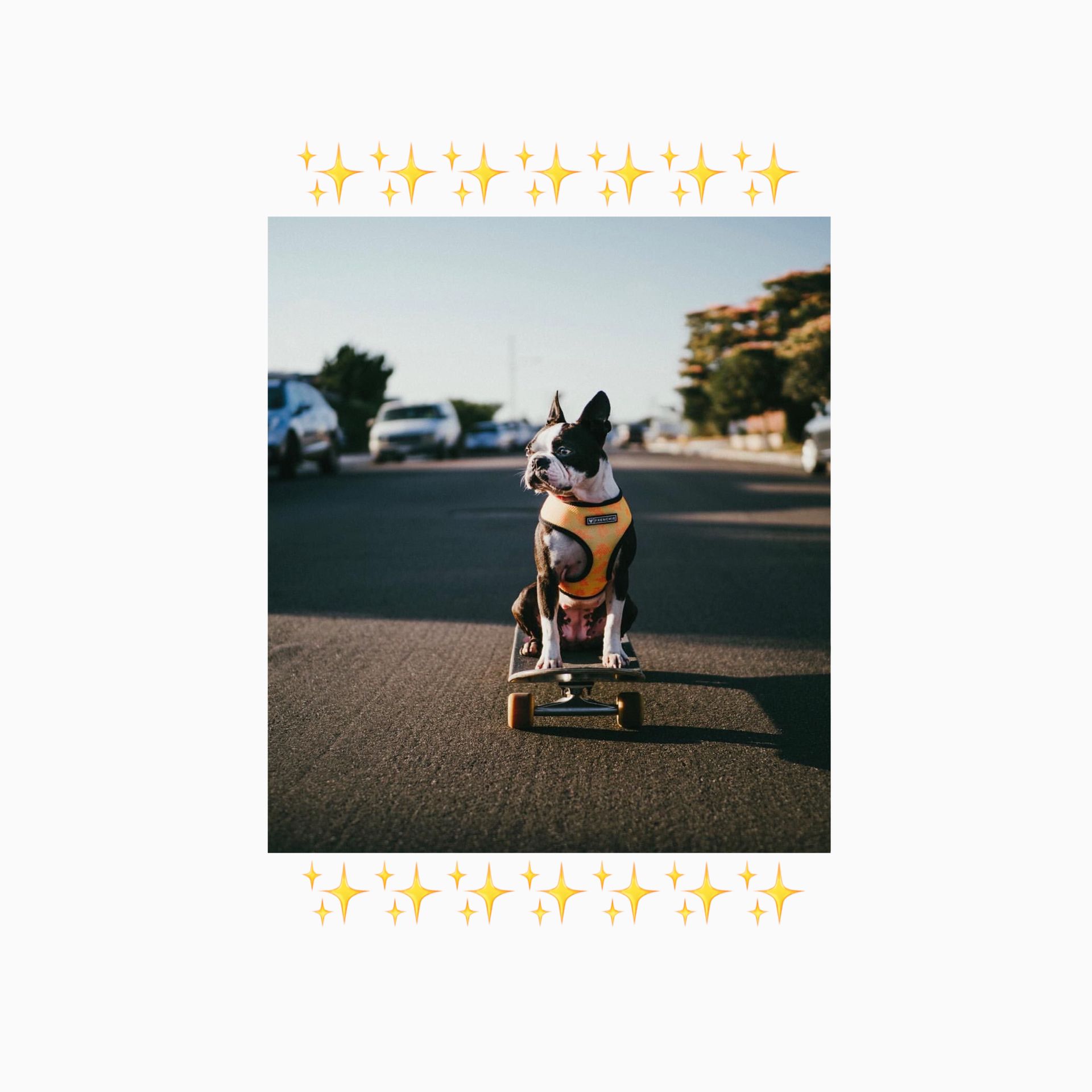 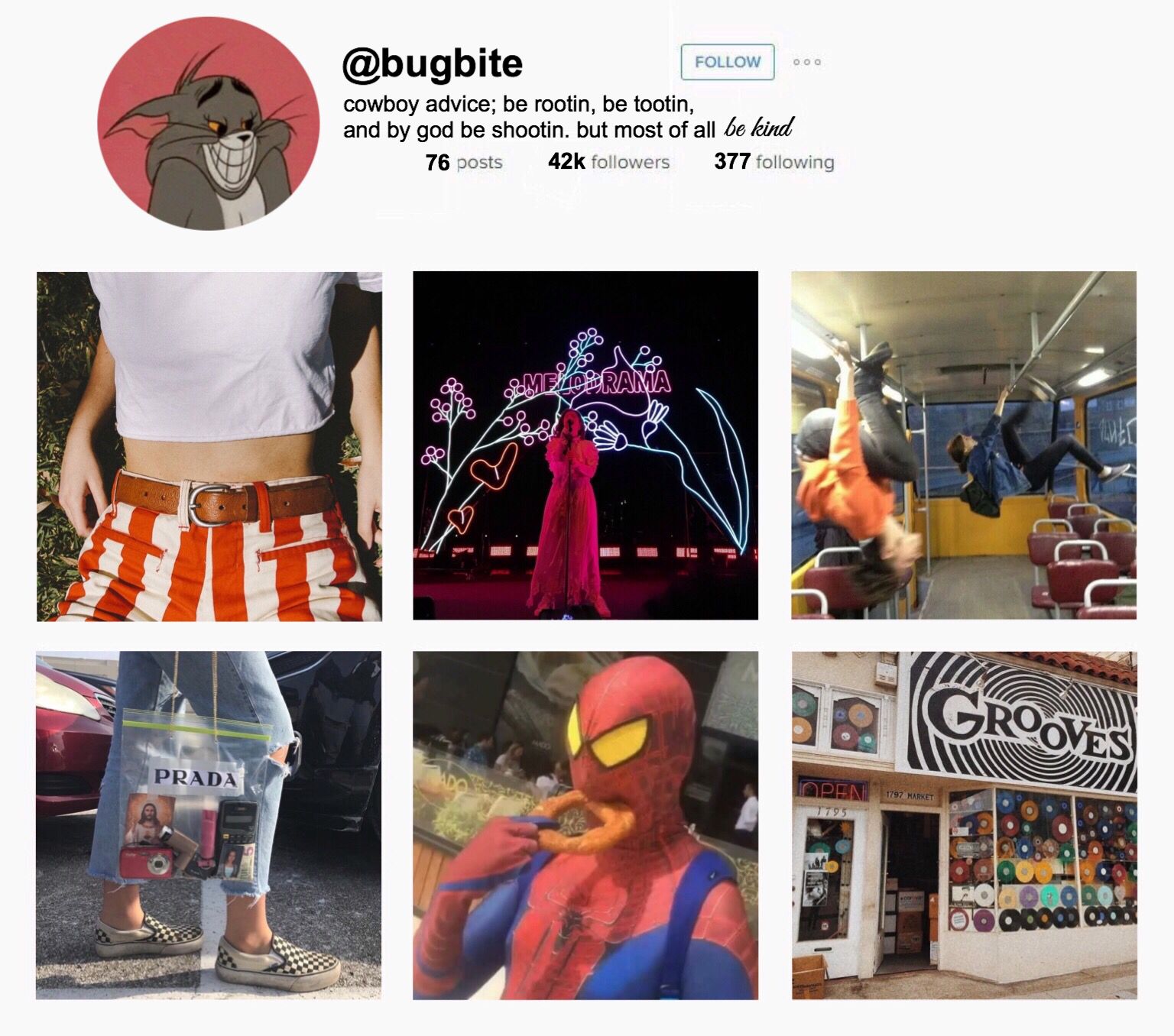 TV shows you watch together:

You and Peter watched all kinds of things together, as daddy daughter binging day(s) were every second weekend. stranger things, black mirror (admittedly a bad idea to watch this one with your dad) and the umbrella academy were just some of things you watched with each other.

Peter always took your instagram pictures for you. Any place any time, he was always prepared (dramatic ass). You two would always get the most unique locations, and of course he got you those good angles, he's spiderman after all. You didn't know why, but it always felt different when your dad was the photographer, maybe it had to do with your self esteem, he always would hype you up, saying his daughter looked beautiful no matter what, who else would do that than someone who really loves you?

It was a very, very long story about how you got your powers, but to keep things short, Wade was involved. Your powers weren't the craziest, or the most unique, but they really came through when your or your family was in danger. You had flyrogenesis, or force field generation. At any sense of danger a (fav colour) psychic force field would appear around you, that you could manipulate and bend to your will. It was impenetrable, and would straight up electrocute anybody who touched it. You saved your dad's ass more times then you could count with this.

His favourite picture of you (older):

Peter's favourite picture of you was constantly changing, as he took new ones of you every week. But the one of you being silly on the escalator was one his best. You, Peter and your uncle Ned were coming back from watching a movie at the cinemas, it was nights and nobody was around. You were hyped up on soft drink and decided to get on the escalator handles (?) Peter and Ned laughed as you imitated your dad, but laughed even harder when you fell face first at their feet. 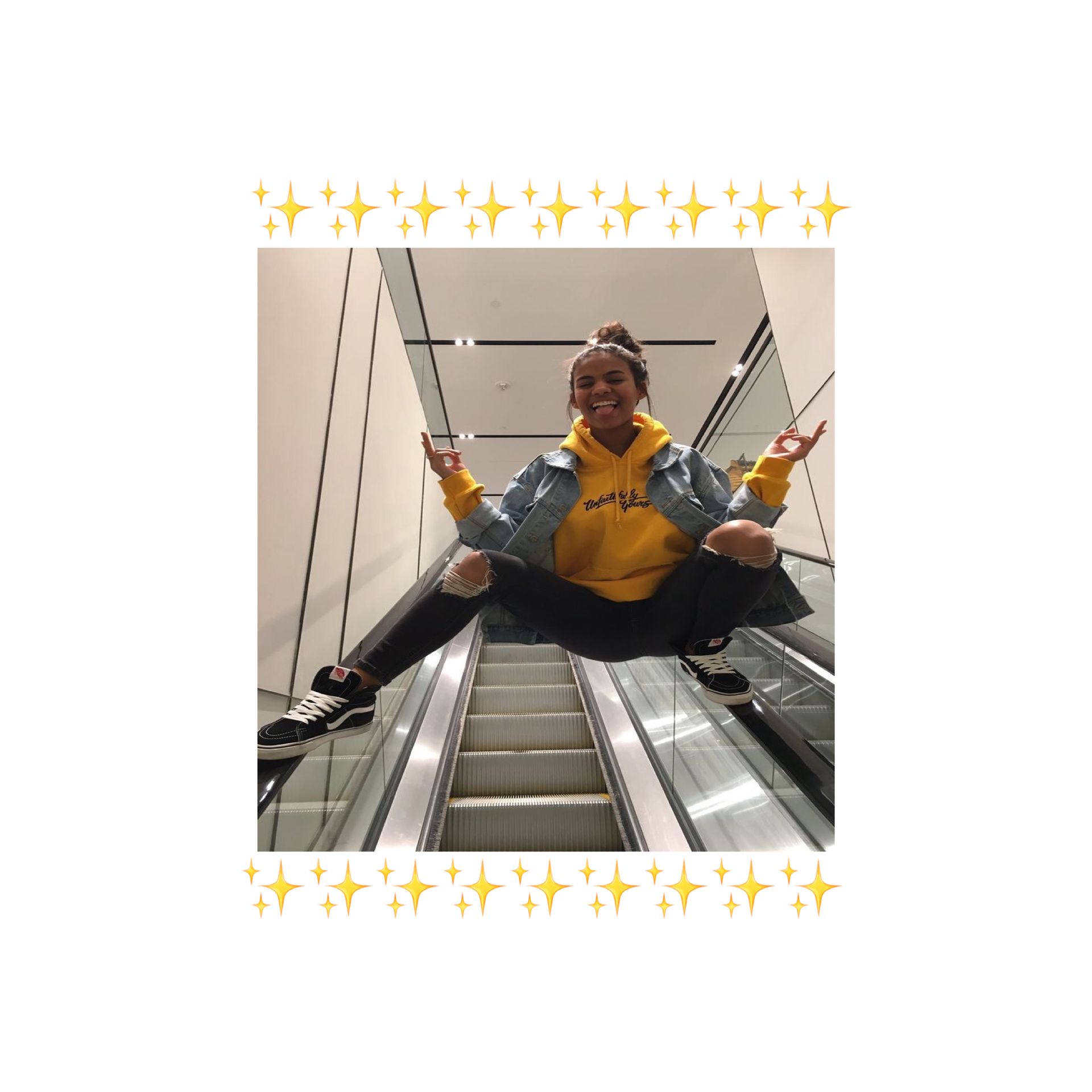 also quick thing / those of you who know what their rising sign is comment it underneath, i'm tryna see who reads my shit . (i'm a sag rising btw)

{How They Dress You}

*read this if you want*

i got tagged hunny

i'm back and i'm crying