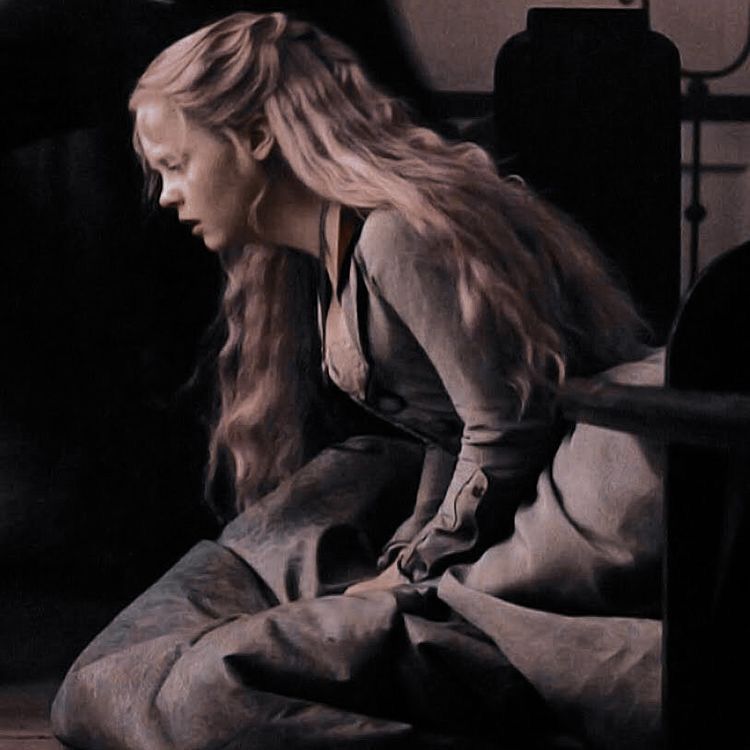 "There are few things more dishonorable than misleading the young."

Sleep had evaded Alaesys for the better part of two days now. She found herself fearful of the wild dreams and nightmares her mind would come up with. Her nightmare had felt so real, she felt every cut and every stab from the blade. She had physically felt her children be ripped from her stomach.

She laid in bed, absentmindedly rubbing her belly. The child or children growing inside of her had been far more active. They pressed against her rib cage and seemed to be moving all hours of the day.

Aemond stirred in his own rest. He wrapped an arm around Alaesys and she stiffened from his touch. He could not do as much as touch her without her flinching or cowering away from his hand. He pushed up the nightgown she wore and hushed her worried noises. "Allow me to just hold you all, Ñuha vēzos." My sun. Alaesys was every bit his sun and stars.

"I cannot sleep." Alaesys admitted. Aemond propped himself on an elbow and stared down at her over her shoulder.

"No one can hurt you. I am right here." Aemond kissed her shoulder. Alaesys gave the smallest smile and sat up in bed. Aemond followed her, sitting behind her with his strong arms around her middle. She watched him run his hands across her tummy, careful not to apply too much pressure. "Would you like to go for a walk?"

"You should get some more rest. We leave tomorrow eve." Alaesys rubbed his hands and Aemond rested his chin on her shoulder.

"I could tell you the same." Aemond tucked his face into Alaesys neck as she stared out the window. The stars twinkled in the sky and her mind began to wander. She barely noticed the weight on her back grow heavier as Aemond drifted off into sleep. She turned her head to look at him, in awe over his sharp features and his pure, soft lips.

Alaesys remained upright the rest of the night, carrying not only her children, but her husband.

Rhaenerya assisted Alaesys in getting dressed. She was careful to not secure the dress too tight around her middle. Alaesys felt as if she had grown twice the size she was when she arrived. Rhaenerya adjusted the band around her extended belly so she had more than enough room to maneuver around. Rhaenerya moved to Alaesys front, instantly noticing the dark circles under her violet eyes.

Rhaenerya cupped her face and turned her daughters head side to side. "You should stay, Dove. You are safer here." Alaesys scoffed.

"It does not matter where I go. My children and I are in danger even if I crossed the Narrow Sea or disappeared from the edge of the Wall." Alaesys clenched her jaw. Tears now blurred her vision and she tried to hastily blink them away. Rhanerya grabbed her hand, leading it up to her mouth to kiss along her slender fingers.

"I can send you away. Somewhere where you will be safe." Alaesys looked to her mother and for a second thought she was telling her a joke. But there was nothing but seriousness behind her gentle eyes. "Aemond cannot know but-"

"You are my only daughter!" Rhaenerya shouted. Alaesys shut her mouth and listened to the continued words of her mother. "I can send you to Dorne. To your aunt. We have family there. Your aunt will take care of you and your children." Alaesys shook her head in confusion.

"What are you on about?"

"Your aunt. Naerys. She...has been hidden away." The way Rhaenerya spoke, there was obviously more she was hiding from Alaesys. The young girl grabbed her hands, forcing her mother to look her in the eyes. "She is your fathers half-sister. They have a son together."

"What? Has my entire family gone mad?" Alaesys shook her head in disbelief. She knew it was very possible that there were bastard Targaryens floating around, but nothing to this extent. Not an aunt who also gifted her another half-sibling. Rhaenerya covered her mouth with one hand on her hip. Naerys couldn't even begin to look at her mother.

"Naerys can protect you. She has contacts and we can tell Alicent you have been sent away to a Maester to help you deliver safely. I promise to explain more but we are on borrowed time." Rhaenerya's eyes were scared. She had always wanted a daughter, and now she had almost lost her countless times. She would send Alaesys to the Wall if she knew she would be safe and healthy.

The doors to Alaesys quarters opened. It was Aemond who stood there waiting. Behind him was Daemon and much to her surprise, Alester. He had cleaned up very nicely. He still has a bit of scruffy facial hair but even Alaesys had thought about how much warmth a nice beard would give her in Dragonstone. 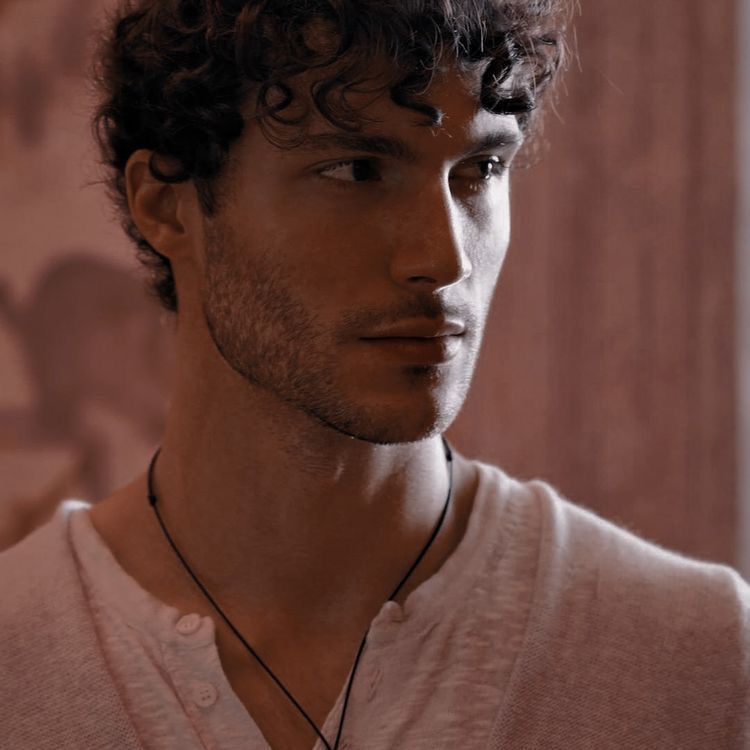 He gave a quick bow when he saw the two Princess's, slowly raising his eyes up to Alaesys in particular. "My princess, your Majesty." Aemond and Daemon quickly looked down on the young man as he slowly rose. The two shared a quick, heated look before turning back to their respected wives.

"You look well, Alester. I trust my father has been putting you to work?" Alester chuckled and rubbed the back of his head nervously.

"For the time being I am being put on Dinner Duty. Not for your Grace, but Caraxes." Both Rhaenerya and Alaesys have Daemon a look of disappointment, but neither were surprised.

Daemon shrugged his shoulders. "What?"

Aemond walked to Alaesys and gently cupped her face. He could see just how much the lack of sleep was getting to her. Dark circles were very evident against her pale skin. Her eyes were sunken and she had barely eaten the entire visit. "Se valītsos kessa sagon sȳz. Ao ipradtis."

The boy will be fine, you must be. Alaesys could not think about even the tiniest slice of bread with growing queasy. "Where are my brothers? I wish to see them before we leave."

"They are waiting at the docks for you. I believe they have a surprise awaiting you." Daemon answered as he placed a hand on Rhaenerya's shoulder. Alaesys laughed quietly. The last time the boys had made a surprise for someone, it was the notorious Pink Dread.

Surprise her they did.

Aemond lead her carefully up on the mountain peak where Vhagar and Cesyja usually nested. Cesyja had a new saddle upon her back. It was much more plush and had an extra layer of protection around the peak. Jacerys slide from the beasts back, nearly losing his footing when he hit the ground

"You are here a bit early but, I supposed the secret is out." Jace chuckled while dusting off his hands. Joffrey and Luke came from under Cesyja's belly. The female dragon rose to her feet and gave a mighty shake. "Aemond told us how much you miss riding dragon-back."

Alaesys smile was so wide it made her cheeeks ache. Aemond kissed the top of her head and took her hand. "It took some time. The Septa knitted these pillow specifically for your belly." Aemond rested his palm against his wife's stomach. Joffrey ran to his sister and placed two cold hands on her stomach. Alaesys carefully kneeled down to his height, squishing his cheeks before planting a soft kiss under his dark curls.

"I do not think I could think of a better gift. Thank you all." Alaesys took Jace's hand as she stood up again. Lucerys climbed upon Cesyja, flipping back the cushion to reveal two more small dividers. "What is that?"

"Lucerys wanted his nephews to fly upon Cesyja with you. Mother tried to talk him out of it." Alaesys laughed in shock and excitement. It was two smaller seats that looked to possibly fit a toddler. Aemond felt sick to his stomach at the thought of Lucerys and Jacerys slapping his newborns onto a Dragon. When Lucerys approached their sister, Alaesys engulfed them all in a huge hug. She kissed each of them to the point where they wiped the icky kisses away.

"I could not ask for better brothers. Thank you all."

Chapter 35: Dreams of Another Life

Chapter 37: I Shall Worry

Chapter 38: Two Sides of a Coin

Chapter 43: You Burn With Us

Chapter 44: Get It Back in Blood

Chapter 51: We Will Never Stray