—when they accidentally hit you

I'm still sad about the whole situation, but writing is a good distraction for me. Thank you for all the condolences and sweet messages. 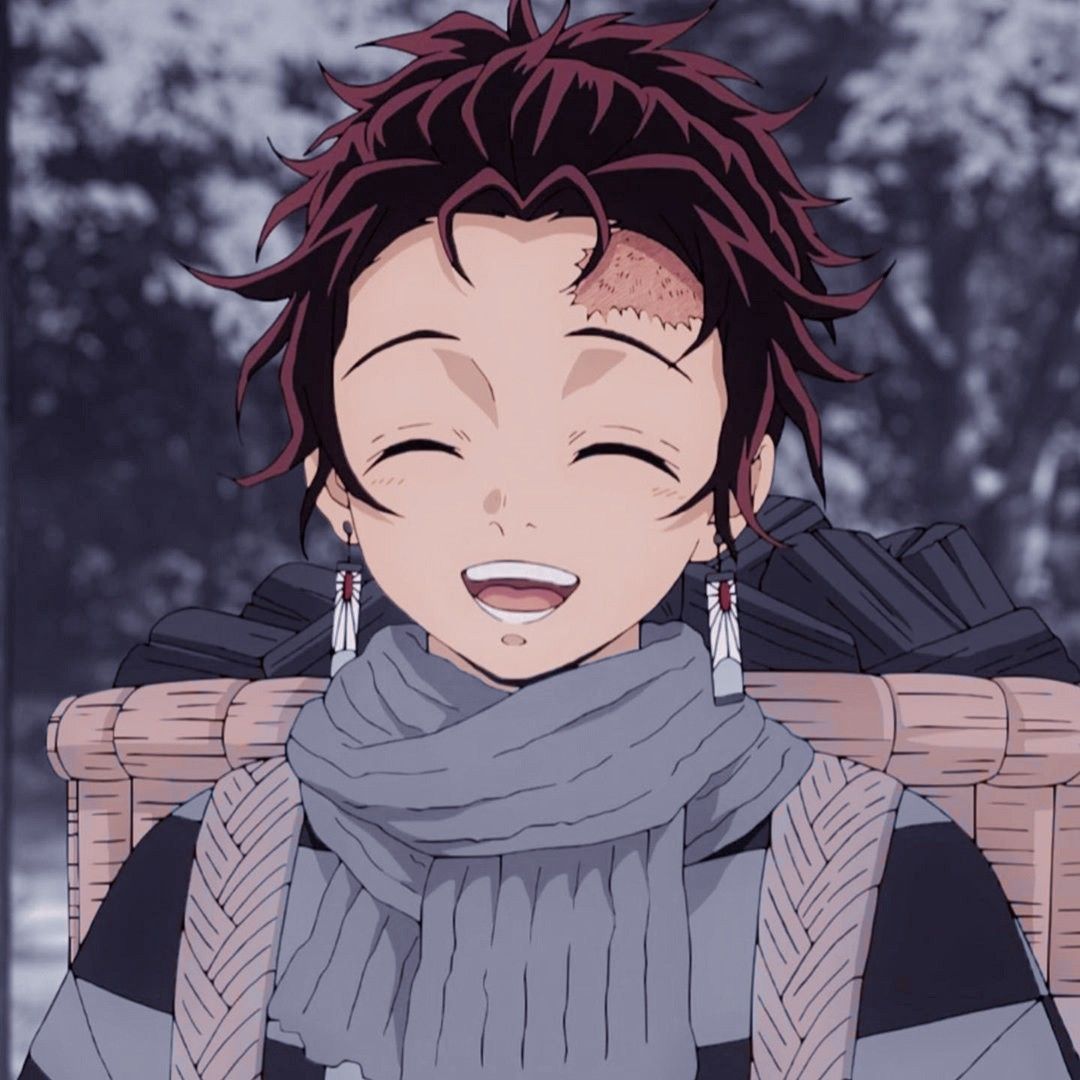 → Tanjiro took a few steps back after realizing what he has done
→ a lump formed in his throat when he saw you hold onto your eye and wince in pain
→ he couldn't believe what he just did, it all happened so fast
→ he wondered how he could do this to you out of all people
→ "Please forgive me (Name)..I-I...Just know that it was an accident. I'm sorry." 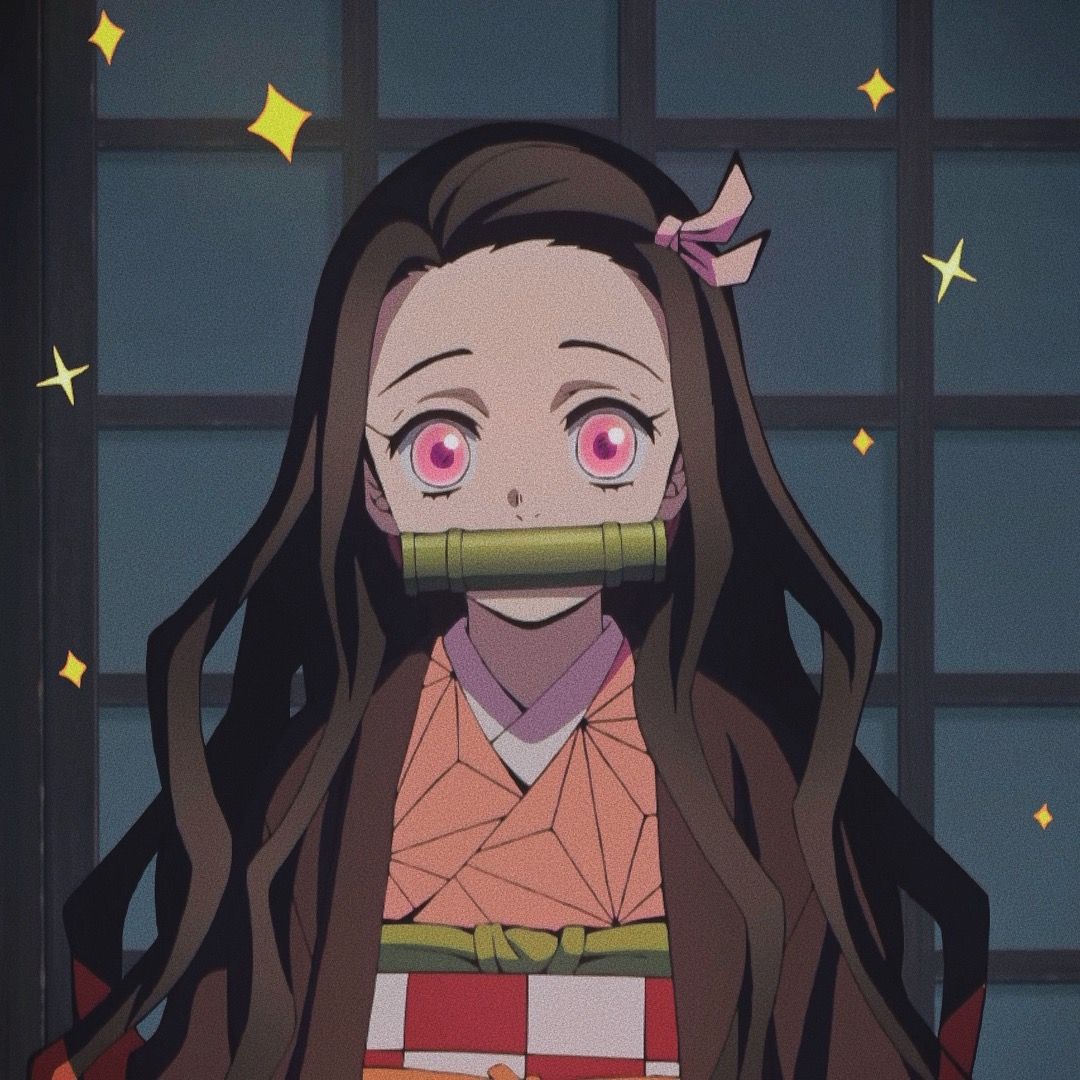 → her eyes watered when she saw you quickly hold onto your left hand
→ sometimes Nezuko forgets the strength of being a demon
→ she unknowingly stepped back from you, fearing that she might hurt you again
→ Nezuko hid in her box for some time, well until you got her out of there
→ she will profusely apologize and say it was an accident 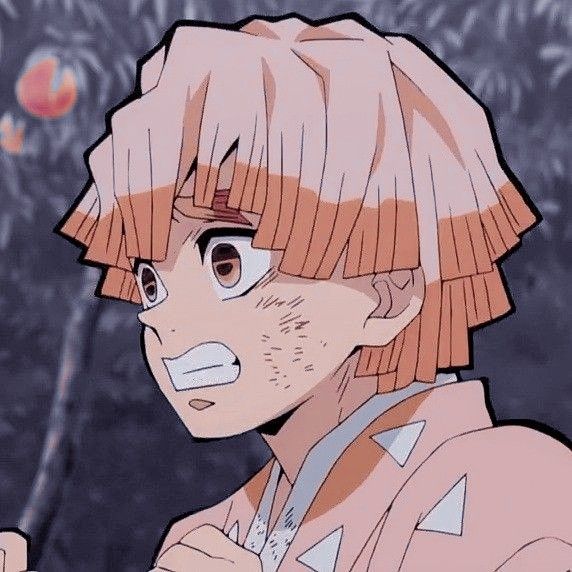 → Zenitsu's legs felt wobbly, he failed to stand up straight at the sight of you clutching onto your forearm
→ "(Name)! I'm so sorry I didn't mean it!"
→ you forgave him, obviously knowing it was an accident
→ but Zenitsu couldn't forgive himself, it took almost four days for you to pull him out from hiding 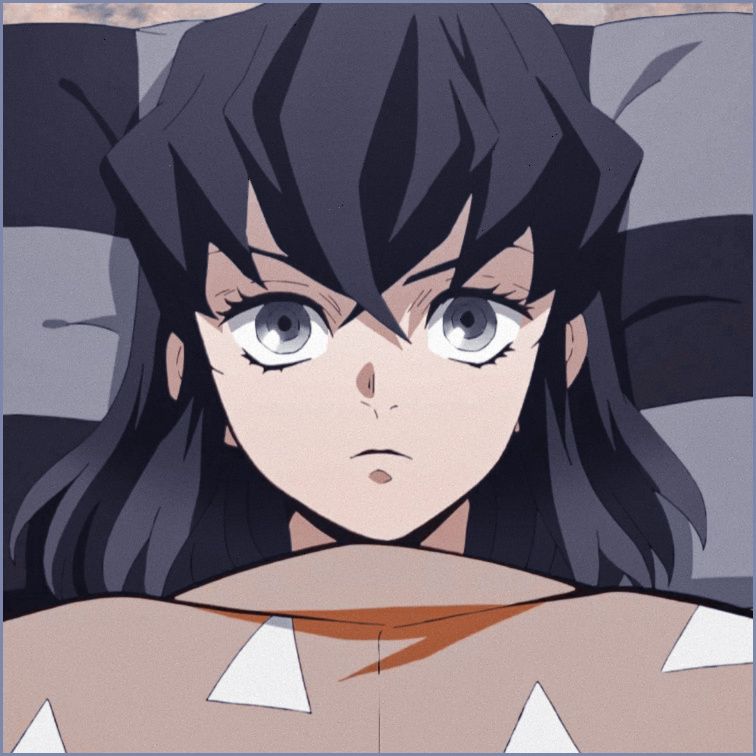 → something in him came crashing down when he realized it was him who caused you pain
→ "Hahahaha! I-It was your fault since you're so weak!"
→ when he saw you weren't laughing or snapping back at him, he realized you were seriously hurt
→ "..Sorry."
→ he tried to help put medicine on your arm 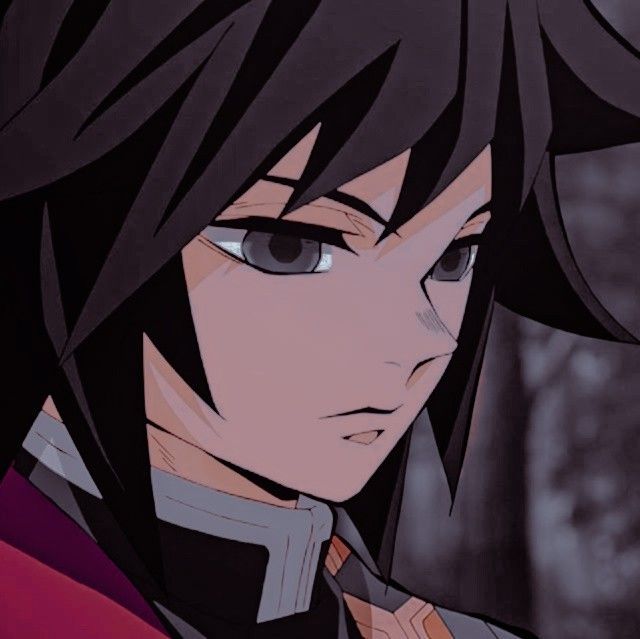 → a simple sorry was not enough
→ as soon as he saw the tears forming in your eyes, he broke down
→ seeing you try to hold it in and act like it didn't hurt made him plead
→ Giyuu got onto his knees and asked for your forgiveness
→ of course you knew it was an accident but Giyuu spent the rest of the week repenting for what he did 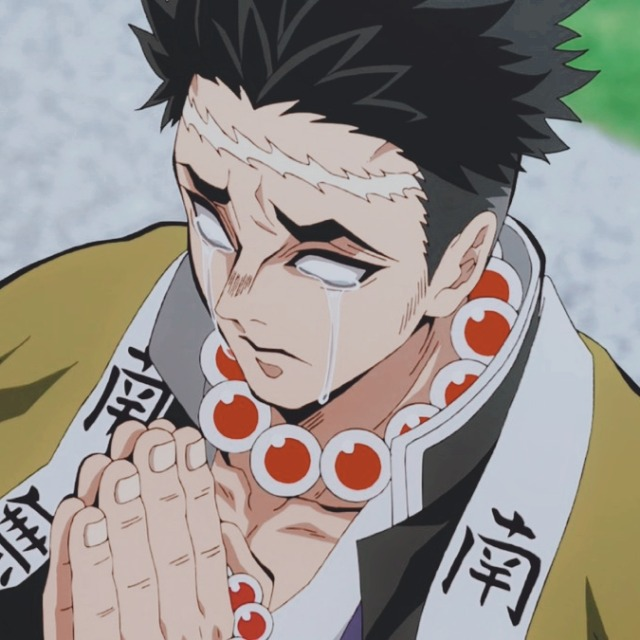 → as weird as it sounds, Gyomei started praying
→ tears fell from his eyes when he heard you yelp in pain
→ "Please (Name)..know that I never meant to hurt you like this."
→ you flinched when he raised his hand again and quickly ran up to the bedroom
→ Gyomei lowered his head in disgust, hearing you slam the bedroom door shut
→ he knew this was his fault 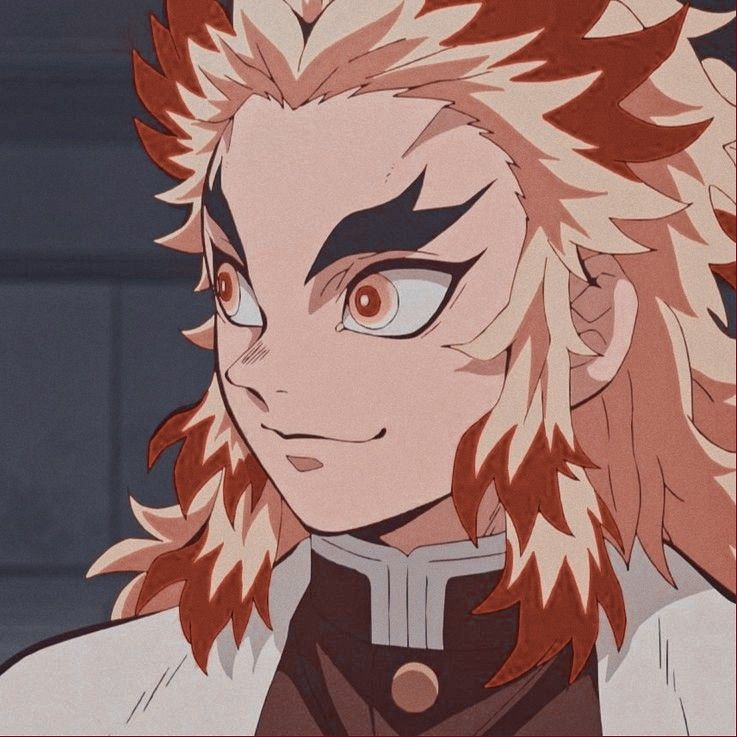 → Kyojuro quickly bowed and profusely apologized before running out the door
→ he didn't know where he was running to
→ he just let his feet carry him far away from seeing that painful look on your face
→ he didn't like it, not one bit
→ he knew that look you made would forever haunt him for he was the sole reason for that face 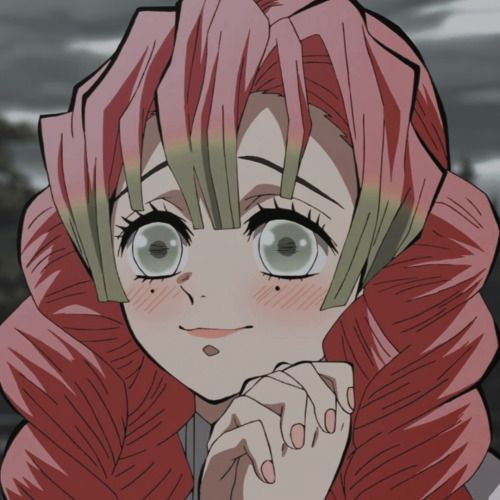 → all Mitsuri could hear was the sound of you crying until she finally lets go of your arm
→ she gasped in horror and covered her mouth with both hands
→ she was in utter disbelief with what she had done and began saying a bunch of sorry's
→ she felt terrible, that she was blinded by rage, that she didn't know just how hard she was holding onto you
→ she knew you'd stay silent for a while before you would be able to talk comfortably again 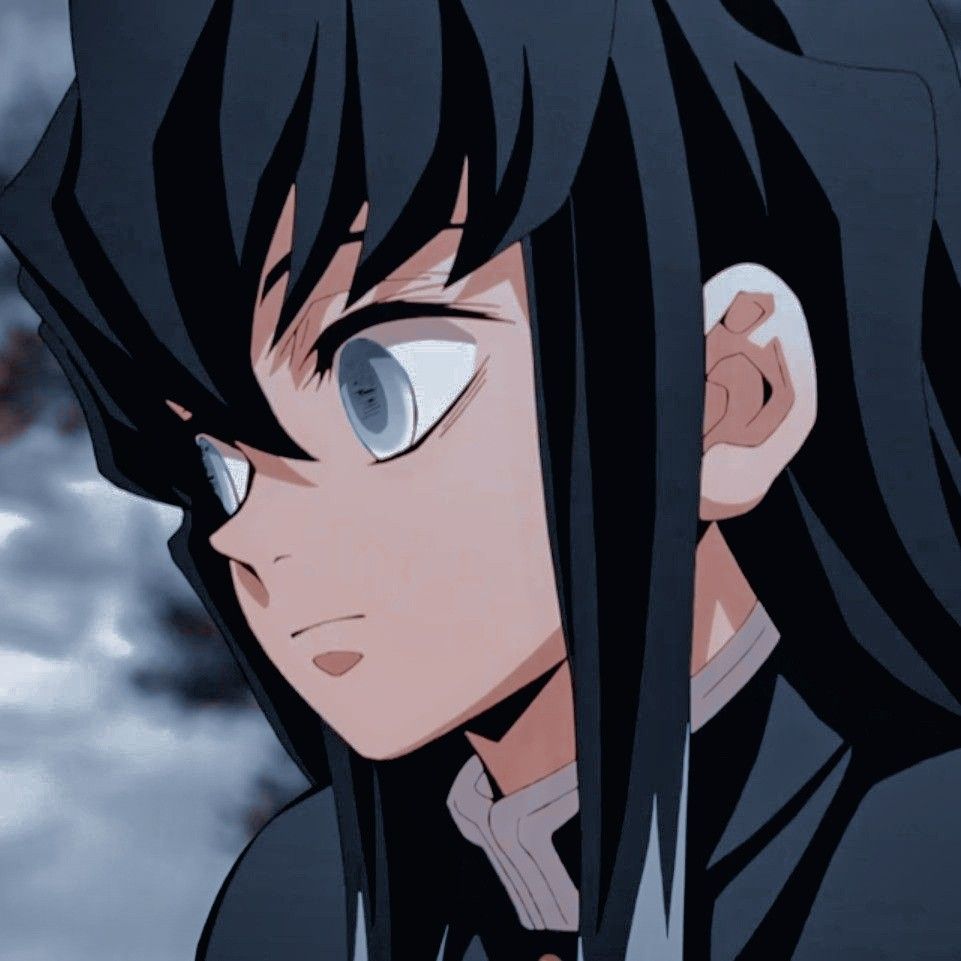 → Mui stumbled on his words
→ he tried to say 'it was an accident' or 'I would never do that again' or 'it was just a mistake'
→ he just couldn't get those words out, he struggled with trying to explain himself that it almost felt suffocating
→ you pitied how Mui was trying to apologize, you knew it was an accident anyway
→ overwhelmed by what he has done, Mui quickly apologized and ran out of the house 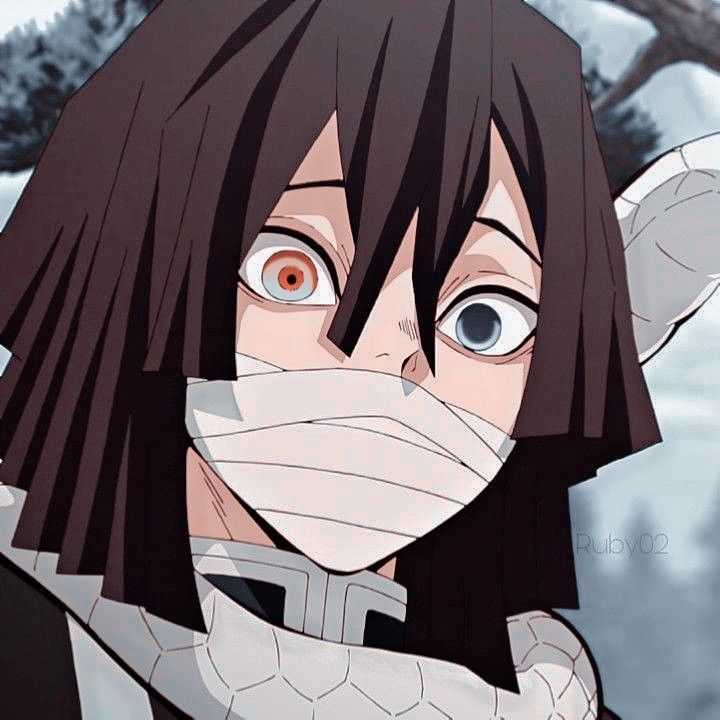 → Obanai's eyes widen seeing you pull away from him and clutching your wrist
→ he quickly looked away in disgust with himself and then kneeled
→ "Please don't think of me this way..I wouldn't..you know I wouldn't...."
→ you took a defensive step backwards when he stood back up
→ "I'll stay at Shinobu's place for a while.."
→ Obanai clenched his fists seeing your footsteps leave the house
→ he felt so crossed with himself 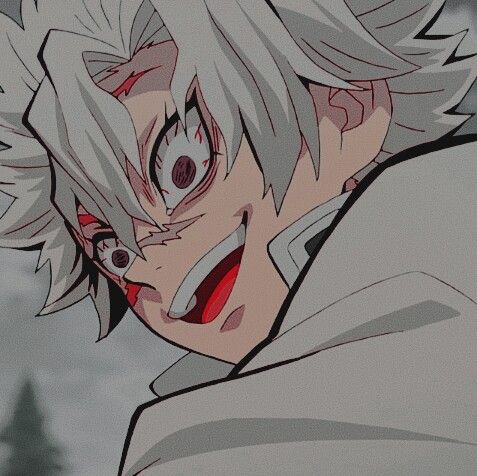 → Sanemi didn't particularly like it when you two would argue let alone use violence against each other
→ so how could he let his anger get the better of him? he hated how his rage was directed towards you
→ hence, it took the two of you by surprise when Sanemi was able to raise a hand against you
→ there was a tight grip on your wrists, as if Sanemi feared you would run away
→ he whispered apologies which left you deep in thought 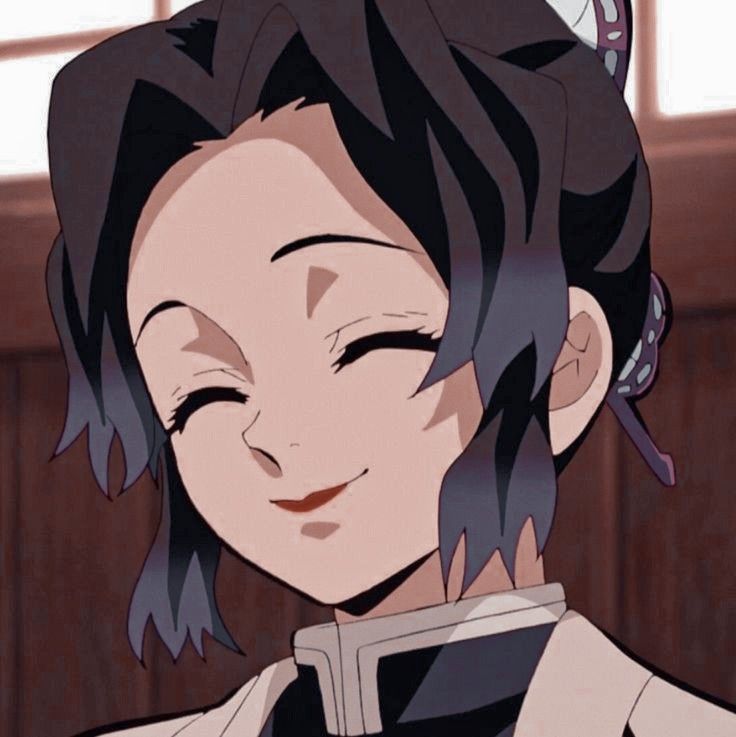 → she was kind of taken abt for what she has done
→ this fight was getting out of hand
→ Shinobu took a deep breath before speaking in a more calmer voice
→ "I'm sorry. Let's just..talk this through."
→ she observed how you kept your distance when you two sat on the couch and sighed
→ she knew she needed to make it up to you, a simple apology was not enough 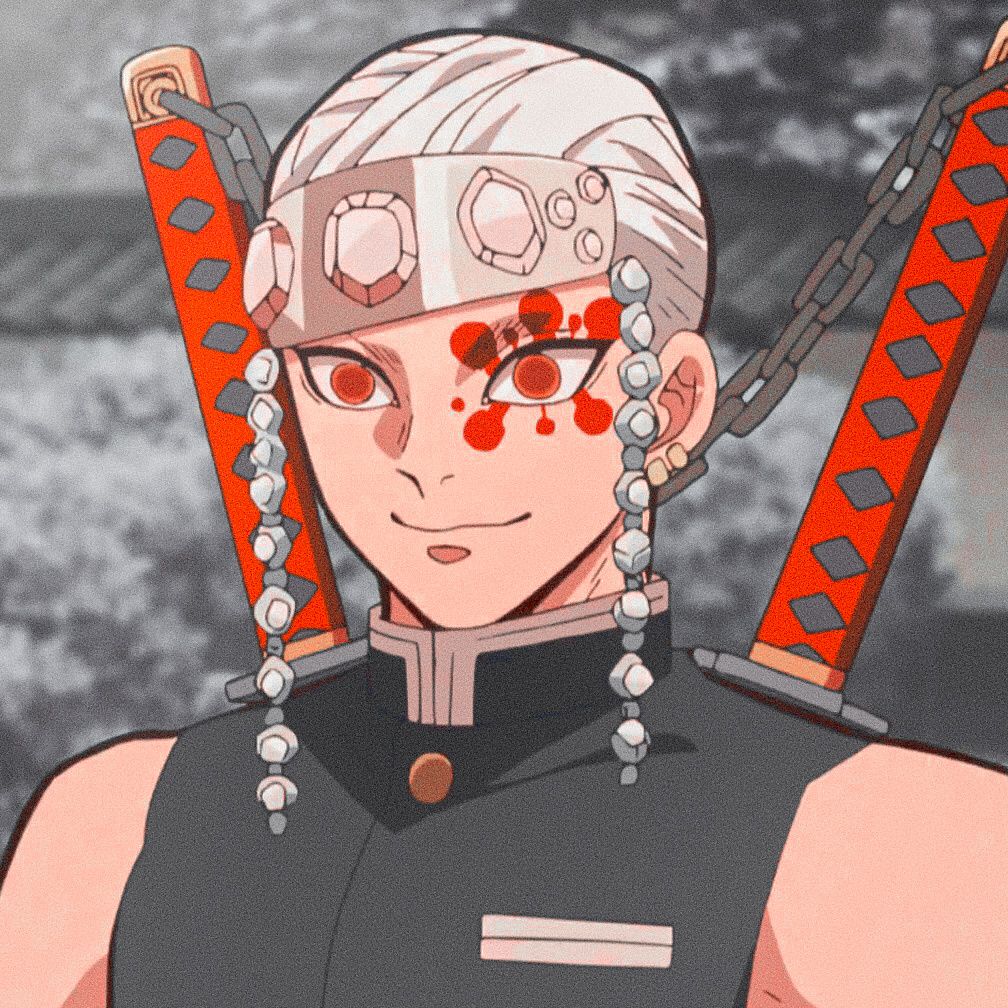 → you got extremely angry at the fact that Tengen was able to raise his hand against you
→ no matter how serious your fights were, you would never result in physical violence
→ you saw how he tensed up again and thought he was about to yell or hit you again
→ "No! Shut up! I don't even want to look at you right now!"
→ Tengen's heart dropped and was taken aback by your outburst
→ Tengen slowly fell back on the couch and covered his eyes wiping the forming tears away 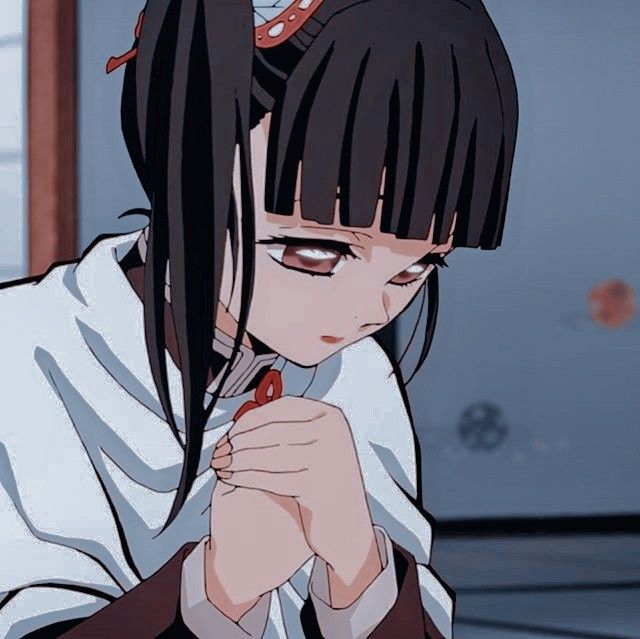 → Kanao sat on a chair in the corner of the living room
→ she pulled her knees close to her chest and wanted to cry or show any kind of emotion that shows that she regrets what she has done
→ she covered her ears, not wanting to hear your low cries from the bedroom
→ she apologized, multiple times, but you told her you needed some space for a while
→ Kanao only wishes she was in there to comfort you 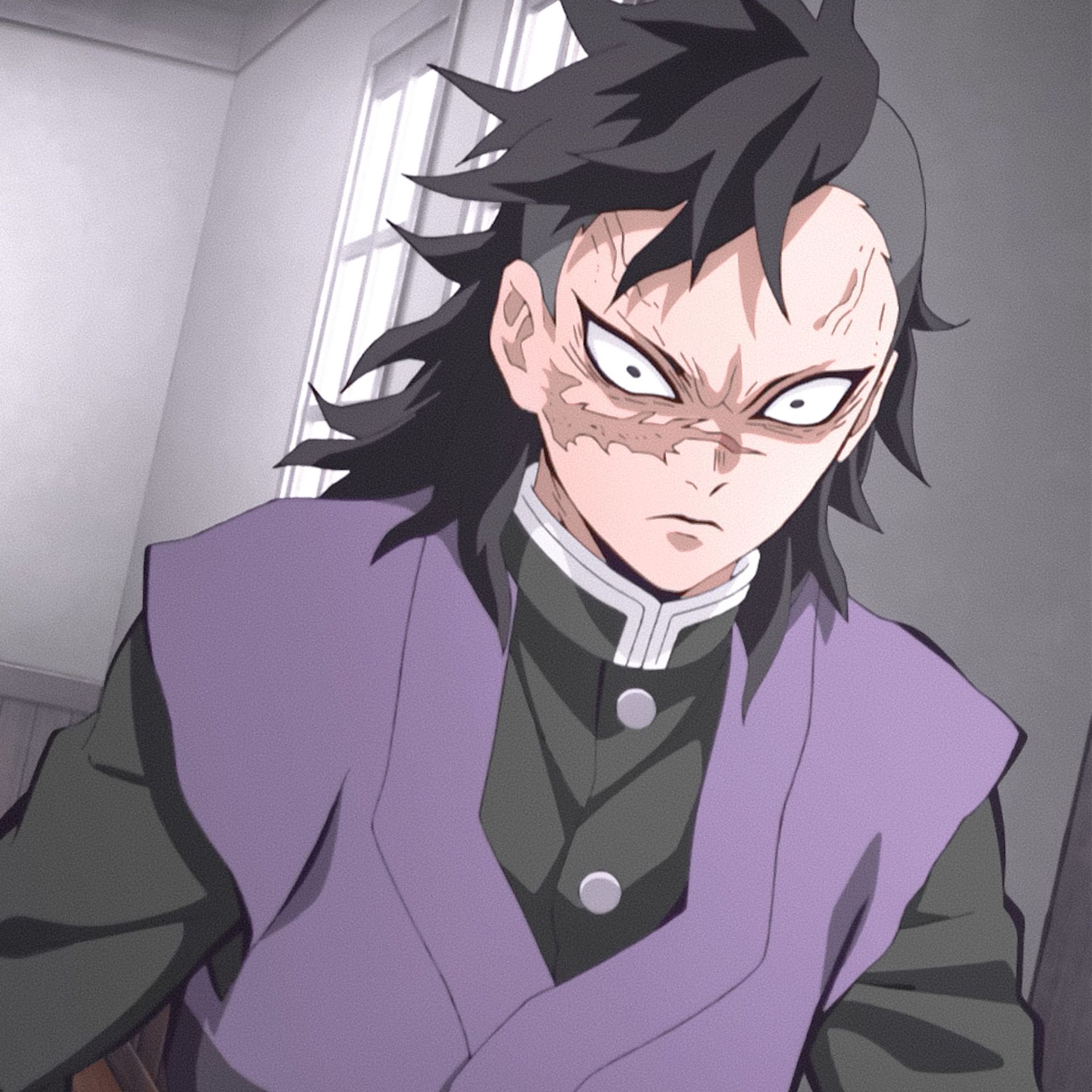 → Genya would probably never forget this day
→ he quickly embraced you and whispered sorry's into your ear
→ his voice was shaky, he held onto you until your crying died down
→ he was almost too scared to let you go
→ slowly, he pulled away but didn't quite let you go either
→ he faced you with his head slightly tilted down
→ "Go ahead. Hit me back. I'm really sorry (Name)."